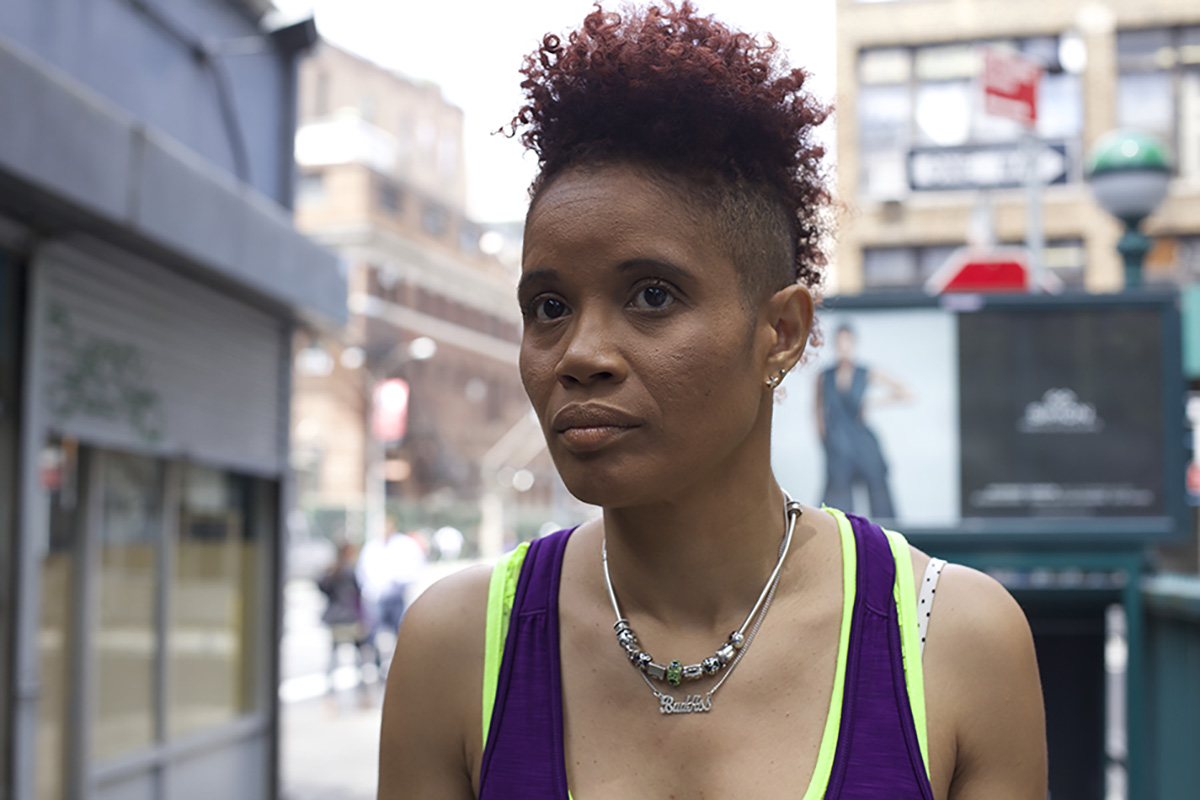 It’s Saturday afternoon, and Staceyann Chin is musing about how difficult it is to find sperm. Men who are usually cavalier about where their semen ends up are suddenly prudish. Chin—an activist, poet, memoirist—is on stage at the Culture Project in New York’s East Village, taking the audience through her journey to motherhood in her new one-woman-show, MotherStruck!

Many already know that eventually her quest proved successful. Check her YouTube page and you’ll find videos of Chin with her 4-year-old daughter, Zuri, doing living room protest. But MotherStruck! gives us all the hilarious, often traumatic details in a 100-minute show directed by Cynthia Nixon (Miranda of Sex and the City). EBONY.com talked to Staceyann Chin about developing her show, reliving trauma, and women’s ownership over their bodies.

Staceyann Chin: MotherStruck! is a story of my experience trying to become a mom. I’m a memoir writer. I try to understand the world by taking experiences I have and making them into a story, whether it’s a narrative memoir, blogging for The Huffington Post, writing poems, or talking on the screen about what has happened to me and how that relates to the world at large.

EBONY: How did you decide to write this play?

SC: I was blogging about the IVF [in vitro fertilization] process and trying to get pregnant while being a lesbian, and the ridiculous nature of trying to hunt down sperm. When you’re not having sex with someone but you’re trying broker sperm, it can be quite hilarious and ridiculous, which of course leads itself to so much humor.

EBONY: In the show, you speak about family instilling a fear of pregnancy and then looking up one day and realizing you really want to have a family.

It definitely became a conversation inside of myself in my early-to-mid-30s, which then catapulted me to this kind of crazy action. You start doing your research and realizing that the fertility rate for women drops considerably. And you’re like, “Oh my God, now I want to get pregnant, and now it’s a crazy time where I might not be able to get pregnant because I’m getting older and my eggs are aging and my uterus isn’t as fertile as it used to be and my loins are not where they used to be.”

It’s so funny the world we live in now. The years where you are most fertile, those are also the fertile years for career and personal growth. And so you’re not encouraged to get pregnant in your 20s. But the 30s are when the biology kind of has you by the ovaries, so to speak.

EBONY: What made this particular part of your life good for the stage versus another medium?

SC: One, it’s about the body. Two, the actions themselves are ridiculous. You know, in Hollywood you know when somebody is getting pregnant. It’s supposed to be this beautiful scene: the rays are coming in and you have these beautiful perfect bodies lying on top of each other and there’s the room glowing in one person’s eyes and the sun coming up over the other person’s shoulder.

But when you’re not intimately involved with a person, trying to get pregnant becomes very clinical. I mean, think about it: the details. How do you exactly approach a man and say, “Excuse me, I would like some of your sperm, but I do not want to have sex with you?”

EBONY: You mention the humor in your experience, but the play also chronicles some really traumatic situations and difficult relationships. What’s it like to have to reenact and bring all of emotions forward every day?

SC: At worst, it retriggers me every night, and at best it gives me new perspective every time I have to tell the story. When you are doing seven shows a week, you have to take care of yourself. There are some moments when you cannot allow yourself to emotionally reenact the issue you’re talking about or the experience that you’re remembering. I mean that would kill you, you know. To experience a thing, a trauma, every single night, it would probably kill you emotionally.

There are those nights where you are just so emotionally present that you crack yourself open. And it works. And on the nights when you don’t have it in you because you’re tired or you’ve got no voice, you still are able to do your job and tell the story that people have come to hear.

EBONY: Have you encountered anyone who has drawn inspiration from your story in terms of helping them along their process?

SC: Oh for sure, every single night and all day every day, I get email from people saying, “Oh my God, you know you just showed me a different way, and I was inspired and now I feel like I can do it,” or “I’ve wanted to do this, but I thought that it was impossible. But now when I look at you, I know that it’s not.” So really, that happens all of the time.

EBONY: What is one thing that has jumped out to you since working on this show?

SC: What’s surprising to me now is that now that I’m talking to a lot of women about this, so many women are doing this. Straight women, lesbian women, bisexual women, poor women, White women, immigrant women. This does not affect one group. I think women are deeply interested in a conversation around fertility. It’s not a conversation just for one age group of women, a conversation if you’re post 30 or post 35. This [is] conversation about reproduction, about taking your own power with you and deciding for yourself.