Muhsinah Is Releasing An EP Per Month… 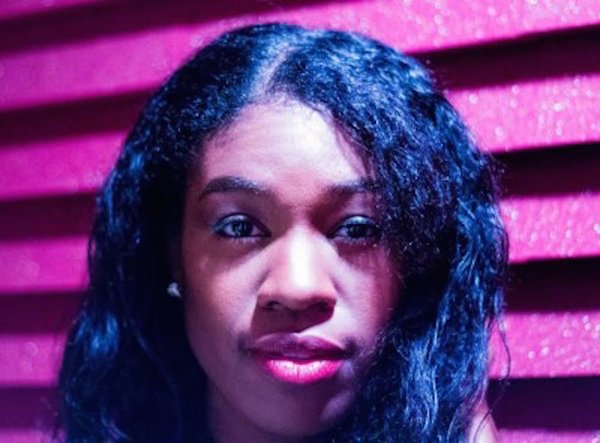 Alt R&B Singer Muhsinah Is Releasing An EP Per Month, Because Why Not?

This past month marked the release of Muhsinah’s third EP this year. Yes, you read that right, she’s already released three projects in 2016 and we can expect nine more.

Many of us became familiar with Muhsinah when she appeared on The Foreign Exchange’s album, Leave it All Behind in 2008. She went on to tour with Common and as a band member with The Weeknd. In the eight years since Phonte heard Muhsinah on MySpace and flew her to North Carolina to record, she’s been writing and producing for others. The classically-trained pianist has also released projects of her own. But last year the Howard University alum felt a bit stagnant and set a new goal to move herself out of a creative rut: release one new project every month. We spoke to Muhsinah about her creative process, the freedom of being an indie artist and being your own hero.

Why did you decide to release a new EP every month in 2016?
I thought it was a great way to connect with the people that support me. It’s also a way to connect with people who don’t know me. It’s to kind of give people an idea of what I’m capable of, to give myself a new idea of what I’m capable of. The reason why I started to do this is because I was in a creative rut last year. I was feeling really unfulfilled and confused about what I was doing. My friend was like, “you need a goal.” I came up with doing a release every month. It was very organic all came out of frustration. So that goes to show that going through seemingly hard times in your life always leads to something great.

You’re releasing the material as an independent artist. There’s a level of creative freedom to that, but are you looking for a deal?
I am a naturally self-reliant person, and not in a struggle kind of way, it’s more like oh, hey I can figure this out. So, putting music out myself is just an extension of who I already am. I’ve found very easy ways to put music out alone. It’s a lot faster to do it this way. It’s a lot more organic and it gives me the freedom to decide when I want to put things out. Too much structure sometimes puts me in a space where I feel pressured and when I feel pressured I don’t create as happily and as effortlessly as I would like. But, I’m definitely am open to labels because my music needs to go as far as it can go and whoever can facilitate that, I’m completely open to it.

Your catalogue is all EPs, what’s the story behind that?
The standard that I have for myself and how I would want to produce a full album, I just don’t have the resources to do that yet. So EPs I think give me the opportunity to discover myself and to connect with the people who support me without me feeling like I can’t produce the album that I really want to give the world. I think EPs give me the freedom to just kind of bounce. I can do different styles every month and it still be me. I’m the common thread, my voice is the common thread, but I can bounce between the different styles of music. I think that’s more fun for now.

Since starting this journey, what are the takeaways that you want to share with our readers?
Create a space for yourself to not need validation from anyone and make your dreams happen from where you are. A lot of times we wait for some big break or some magical something to swoop in to save us or pull us out of wherever we are, but what if we are our heroes? We might as well make our dreams real now. We can do it.

Follow Muhsinah to listen to her new EP each month.