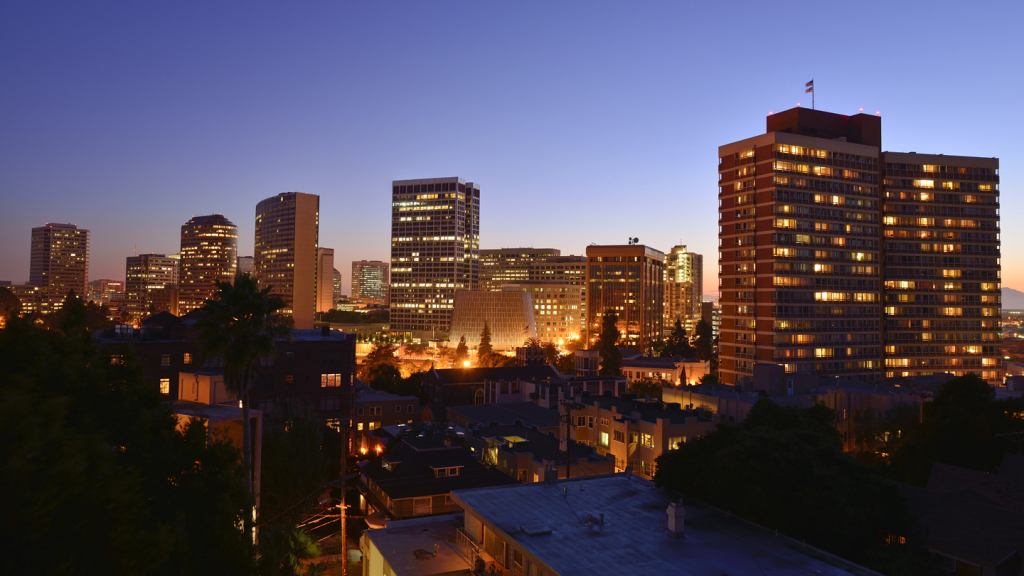 Not only are you a member of the Golden State Warriors, but Lil B has lifted the curse (thank you, Based God). The 2016-17 season is going to be a good one.

I’m sure, Kevin Durant, that your teammates will give you a tour of The Town (that’s what we affectionately call it). The Town is very different from The City, aka San Francisco, where you may end up playing in the near future.

We’ve been seen as the underdogs and we’ve owned that. We value hustle, resilience and community. We’re also in the midst of a battle to hold on to the things that have made us, us. The transitions you’ve seen in your native Washington, D.C., are happening here too. That’s why when you come to The Town, you’ve got to connect with the culture. It’s good to embrace the new, but know that we were dope before. To get a real feel for Oakland, you’ve got to meet the people. Eat with us, drink with us, and experience the place we call home.

Figuring out where to start is hard. There’s a lot of history here. A lot of new stuff. More than 100 languages spoken. It’s going to take time and you have choices. You could pick an area, say the picturesqueJack London waterfront, and just wander into the stores and restaurants — or you could start with this list. We think you should start with this list.

GET YOUR GEAR RIGHT

Once you get to Oakland, we’ll need you to wear Oakland things.Oaklandish is a go-to. The brand has experienced a nice come-up, from a small room in Jack London to two storefronts that are Oaklandish proper as well as two other spots, BOSK and Oakland Supply Co. That said, you should also check out TownBiz — because what’s more Oakland and town-biz than a store called Town Biz? Then grab an “Oakland Against the World” shirt from Sky|Oak Co — or a hoodie. We like hoodies here. You’ll need a hoodie. Layers.

There are hella reasons you’ll need to connect with Marshawn Lynch while you’re here: the work he and Joshua Johnson do through Lynch’s Fam 1st Family Foundation to his flagship Beast Mode store in downtown Oakland. Plus just the fact that he’s really, really from The Town. Make that happen.

A number of your new Warriors teammates have been spotted atBrown Sugar Kitchen in West Oakland. But even before#StrengthInWaffles became a thing last season, owner and chefTanya Holland had a national reputation for her culinary magic. You can buy her cookbook and try it yourself. And you can have buttermilk fried chicken and cornmeal waffles with brown sugar butter and apple cider syrup with your new squad.

When you come to The Town, you’ve got to connect with the culture. It’s good to embrace the new, but know that we were dope before.

You can’t live here and not have a favorite taco truck. Everyone has a taco truck they swear by, even if they go for the burritos. We can help you here — two words: Taqueria Sinaloa. Hit the corner of 22nd Avenue and International Boulevard (formerly known as East 14th, and still known to locals as East 14th). You’re welcome.

We’ve got this on lock. On the first Friday of every month, head Downtown/Uptown for gallery openings, open mics, drinks and more. It’s a good way to get a glimpse, but make sure you spend some real time at the Oakland Museum of California, Betti Ono, and Joyce Gordon Gallery. Also, peep the African-American Museum and Library at Oakland. The standing exhibit on the history of black folks in Oakland is a must-see.

STUDY UP ON THE PANTHER LEGACY

This is the birthplace of the Black Panther Party for Self-Defense. You probably already know that, but in Oakland you will always be reminded — whether you run into Elaine Brown on the street, hear someone reference Lil Bobby Hutton Park, or a protester Downtown makes reference to activist roots. Marcus Bookstore is the oldest Black-owned bookstore in the country and they’ll help you out: When you’re driving down Martin Luther King Jr. Boulevard, just look for the building with a mural of Malcolm X and Marcus Garvey.

KICK IT AT THE LAKE

There is so much to say about The Lake. Within a few miles, you have the historic Grand Lake Theater, nice shops, and cool restaurants such as Cana where bottomless mimosas and a live band make for nice brunch. But key is to chill at the actual Lake. On any given Saturday or Sunday, you can catch folks lying out with a blanket, snacks and red cups.

GO TO A FEW LEAGUE GAMES

Of course you should support the Oakland Raiders and the Oakland Athletics while the teams are still here, but also show love to the high school teams in the Oakland Athletic League. Our schools have produced some of amazing players. Pull up to a game with Damian Lillard, maybe? Oakland High School, class of 2008.

Yes, it is for kids. No you don’t have kids. But, you have teammates with kids and don’t you want to make a good impression? Besides, there are only so many times you can pass the big colorful sign without wondering what is happening in there. Warning: Because you don’t have the childhood memories, you still won’t feel how we feel about Children’s Fairyland, but at least you’ll know what we’re talking about when someone drunkenly tells you how Walt Disney jacked our style.

PICK THE FRESHEST FRUITS (AND VEGETABLES)

The food in Cali tastes different. It’s fresh. Superfresh. And we have hella farmer’s markets to prove it. Every Friday there’s one in Old Oakland right by the practice facility. Make sure you stop by and grab coffee from Red Bay. They’ll be outside of Miss Ollie’s. If you miss the market on Friday, there’s one by Lake Merritt on Saturday and one in Jack London on Sunday.

BUY YOURSELF A DRINK

We might be on our way to becoming the beer garden capital. So, if you’re into beer, Drake’s Dealership is a good look. If whiskey is more your speed, walk a few doors down to Pican. Note: The food is good, like, they-put-brisket-in-their-collard-greens good.

At some point you’re going to need a break, and our regional parksare the best place to catch your breath and feel at peace. The Martin Luther King Jr. Regional Shoreline is right next the Oracle Arena. Drive up to the hills and the views are amazing and the trees are magical. Wandering aimlessly is advised, but if you want to get specific, the Sibley Valley Volcanic Regional Reserve is just one of many places where you can take it all in.

Remember, this is just a sampling. Hopefully, you’ll get to ride through The Town with Mistah F.A.B., hit Mill’s Hoagie, meet the kids at East Oakland Youth Development Center, get invited to a#RegularsOnly function, pick your favorite Vietnamese sandwich. I know we Warriors fans talked a lot of mess a few weeks ago, but now — we rock with you. Get out into the community and rock with us for real.