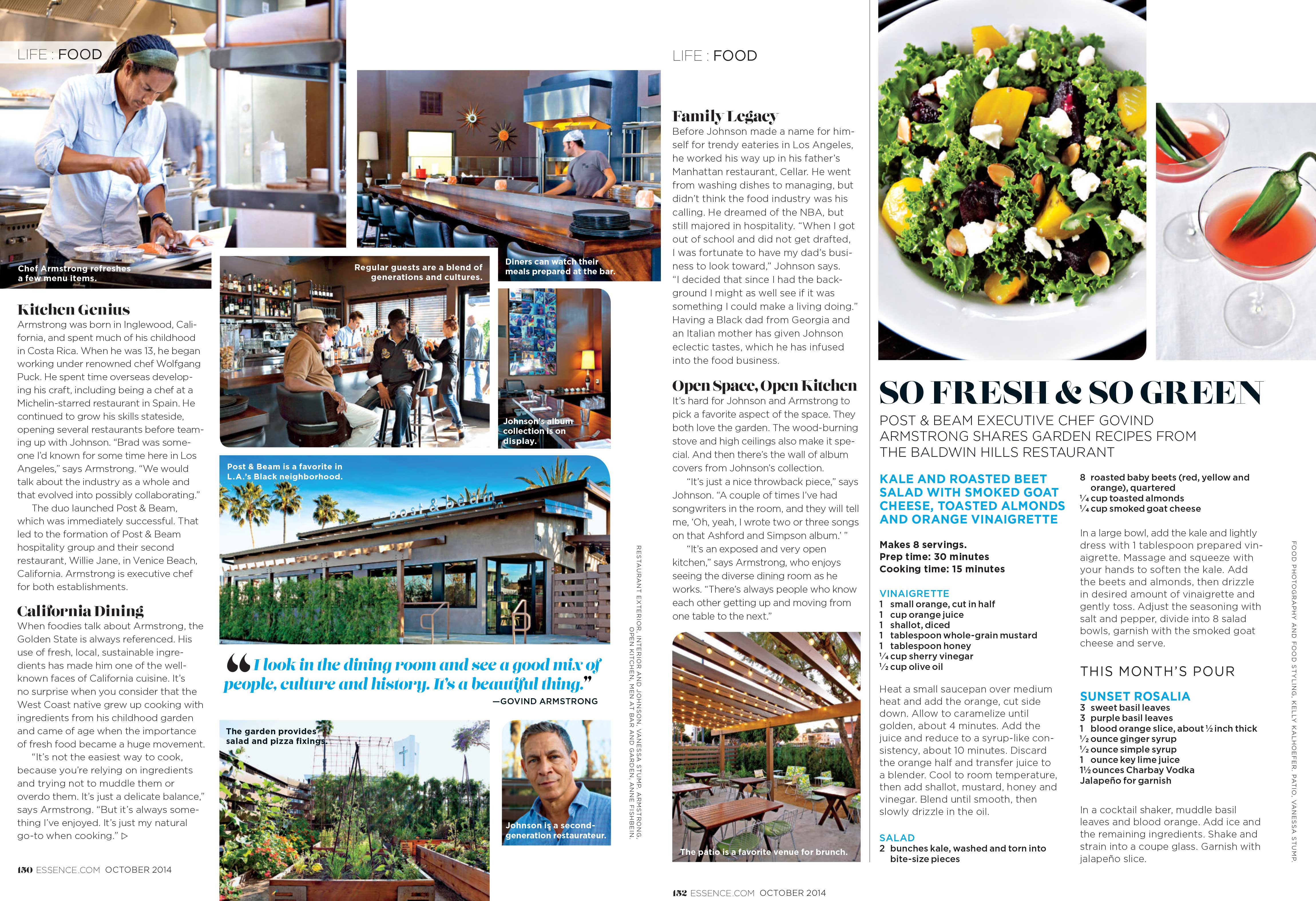 Looking at its mid-century modern architecture, open kitchen with wood-burning oven and stylish outdoor patio and garden, it may be hard to believe that the two-year-old Post & Beam restaurant used to be the site of a fried chicken spot. Situated at the end of a newly revamped mall and across the parking lot from Debbie Allen’s dance studio, the restaurant and the men behind it are bringing seasonal ingredients and bistro style to an area of Los Angeles that had seen little of either. Run by restaurateur Brad Johnson and chef Govind Armstrong, Post & Beam has managed to embrace community members and attract people unfamiliar with Baldwin Hills. “At brunch our patio fills up, and we have live jazz out there on Fridays. There’s a fire pit and just a really cool atmosphere,” says Armstrong. “When I’m cooking on the line, every now and then I look out into the dining room and see a good mix of people, culture and history. It’s a beautiful thing.” When Johnson was approached about opening a new restaurant at the Baldwin Hills Crenshaw Plaza, he knew it would be a challenge, but he leaped at the opportunity. “You look at Baldwin Hills and areas like Harlem and Oakland that have a rich history of Black-owned businesses,” says Johnson. “As the children of the fifties and sixties grew up and became successful, they moved on and left. It would be wonderful if Black folks with means supported these businesses and recycled some of that disposable income back into the community.”