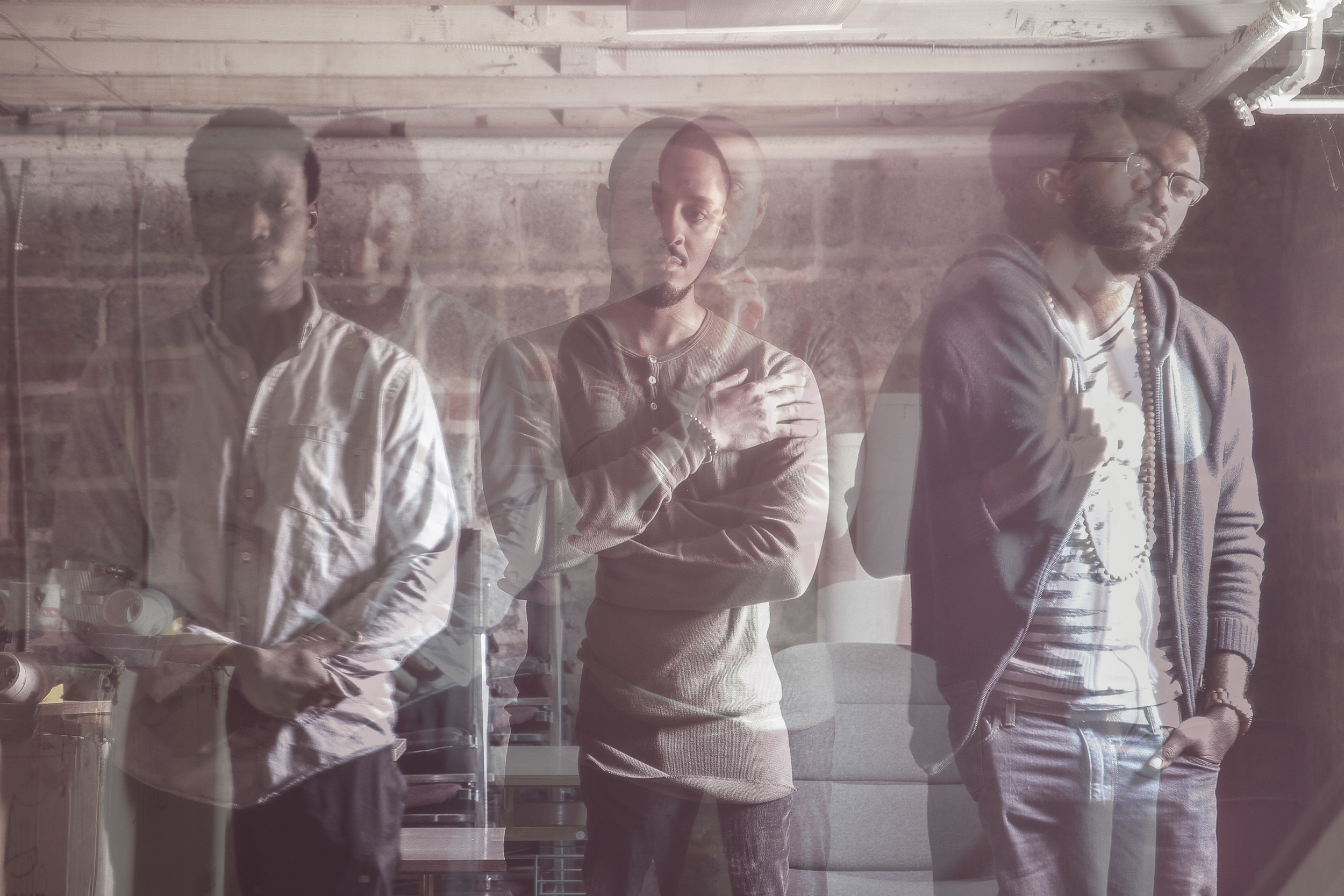 Columbia Nights has been playing together for nearly nine years, though the name is only about five years old. In an earlier iteration of the group, Jason Edwards, John E. Daise and Hayling Price went by Like Mindz. At the time the University of Pennsylvania and Haverford College students, heavily influenced by the Soulquarians, called themselves a hip-hop soul band. Now they describe their sound as soultronic.

In 2012 they released their first project, Dusk|Dawn. Last fall they released their second album, In All Things. On the project the multi-talented members alternate playing various instruments and collaborate with a number of artists you should check for like Sarai Abdul-Malik, Siaira Shawn and Aaron Abernathy.

We talked to the group about their latest release, the appeal of vinyl, and the sound of Black music.

ESSENCE: What was your goal for creating In All Things?

Hayling: When you’re working on a record, one approach is to go very deep on a sound to really create a signature pallet of instruments, sounds, textures and a lot of styles that will say who you are and who you aren’t. A lot of our favorite artists do that. Another approach is to synthesize all of the influences that make you the artists you are and put your own spin on that. So while sometimes we will try to make something that’s from a different place, I think In All Things, for us was an attempt to sort of honor and sort of synthesize these different elements that we love.

ESSENCE: This spring In All Things will be released on wax thanks to a crowdfunding campaign.  What makes an album suitable for vinyl?

Jason: There’s a difference between the way vinyl works and the kind of way that music is consumed now. I think there is something to be said about owning an album. There’s something about holding a physical piece of music. It’s something that honors the work and value that went into the creation of the product. The product itself, I think it requires a level of cohesiveness that a lot of other albums don’t have because a lot of music today is consumed in a kind of a one-off kind of easily digestible package, it’s disposable. We thought about how we blended one song to the next was keeping in mind that specific idea that if someone were to put this record one, what experience do we want them to have next, what sort of things do we want them to hear. We sat in my apartment after recording for a couple of days and had index cards lined up on the floor of what song goes where and it’s not even a long album, but it was a lot of care and attention placed on even just album track sequencing.

ESSENCE:  What’s your favorite track on the album?

John: It’s hard to really just pick one. But I feel like at the current moment, my favorite track might be “In All Things.”  It’s a three-part suite. We created three different sessions independently and it just so happened that we were able to get together and it worked as one big piece. Those three sessions are also different points in time. I think it kind of takes this trajectory where it’s mellow and then it builds and then it soars off at the very end.

John: Considering how this project started and how this band came to be, I hope people are able to feel the love, attention and care that we put into the music kind of as a reflection the three of us as brothers as friends. I hope that they can tell that this project came out of fellowship with one another.

Hayling: Part of what I’d love to see as a response to our music is a potentially causal listener who is now more interested in the creative process, inspiration and story behind the music, rather than picking up another CD like it’s a commodity… that they see the love that goes into that art.

Jason: I want people to hear our music and hear it still as Black music. I think we see ourselves very much as part of this historical process and still tied to that legacy. I think part of what want our listeners to hear, and to may be grapple with, is here are three black men, musicians, producers who have created music that has come from the same diasporic roots of a lot of the music we listen to already and not that it is something separate, new, novel or gimmicky.

To check out more from Columbia Nights, visit their website. Both albums, In All Things and Dawn/Dusk, are available via iTunes. Pre-order In All Things on vinyl, here.